Specializing in Skiing Benefits For Students

Colorado College, located in Colorado Springs, is a college that makes sure it has plenty of perks to attract skiers. Colorado College follows the CC Block Plan, dividing the school year into eight blocks of three-and-one-half weeks apiece. Students immerse themselves in one subject at a time during each block. The laid back schedule leaves plenty of time for skiing. 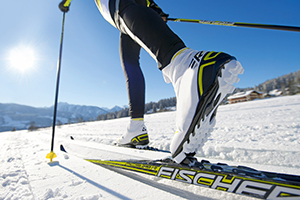 The Freeriders Union operates a weekend ski van service throughout the ski season. For just $8, students get a round trip to Vail, A-Basin, Keystone, Breckenridge, Copper Mountain, and Winterpark. The Union’s Colorado College Skiing Van, specializing in Saturday and Sunday trips, is driven by students 21 years of age and older who, in exchange for driving, get a free ride for themselves and one passenger.

The Colorado College Freeriders Union also organizes long weekend student skiing trips, specializing in Colorado College carpools and lodging at destinations like Jackson Hole and Crested Butte. The Union sponsors other snow events throughout the season, like ski and snowboarding films and live music events. The Union also publishes a snow and weather report compiled from ten different ski areas: Breckenridge, Keystone, A-Basin, Vail, Beaver Creek, Copper Mountain, Winter Park, Crested Butte, Wolf Creek, and Jackson Hole. As if that weren’t enough, the Union publishes photos and video of all these events, so the excitement builds and builds as the weekend approaches.

The Freeriders Union of Colorado College is specializing in skiing and having fun in the snow. The Union was founded in 1998 by Grant Kaye, then a sophomore, who thought there should be a campus organization devoted to riding and fun. The Union makes T-shirts that say “Ridin Dirty” available at Union events, and occasionally during lunch breaks on campus.

Colorado College’s specializing in skiing is a smart move that will undoubtedly attract many talented, athletic students.