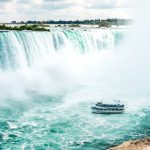 Niagara Falls, both the Canadian and the American side are perhaps one of the most beautiful places on earth and several renowned poets have been known to write some of their best works while sitting near the falls. This place attracts tourists from all parts of the world and a visit to the Niagara Falls for a romantic getaway is an excellent option. The 56 meters high American Falls are the higher of the two falls and looks stunning at … END_OF_DOCUMENT_TOKEN_TO_BE_REPLACED 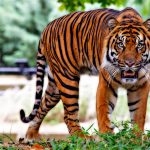 Do you love animals? Do you have kids? If you answered yes to either of those questions and you will be visiting Buffalo you should visit the Buffalo Zoo. The Buffalo Zoo was started by William Rogers in 1875 and quickly became a favorite destination for residents. Read on to learn about the third oldest zoo in the United States. The 23 acre buffalo Zoo is host to over a thousand different animals. Like any good attraction, it is constantly … END_OF_DOCUMENT_TOKEN_TO_BE_REPLACED 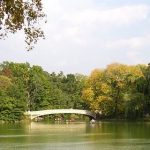 Many people forget that New York is a town full of families and plan their vacations without providing much thought to the entertainment possibilities that abound for children in New York City. It only makes sense that with so many families living in this city that there would be very many family oriented things to do and sights to see. For instance, there are 5 zoos in New York City; some of them better known than others. The five zoos … END_OF_DOCUMENT_TOKEN_TO_BE_REPLACED 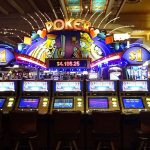 For avid gamblers and people that love to play casino games, the destination of choice for vacations is typically Las Vegas. However for many regulars to Sin City, the tourist like environment can be a little bit too hectic when trying to get some rest and relaxation on vacation. This is the reason that many of these people have been deciding to turn to alternative destinations that have proven to be great vacation environments for people that want to visit … END_OF_DOCUMENT_TOKEN_TO_BE_REPLACED

It’s no wonder with so many places and stuff that would please all the senses that New York City is the city that never sleeps. There’s the Statue of Liberty, Central Park, the Madison Square Garden and God knows what else. The cost of living, especially rent expenses, is still sky-rocketing in New York City. When it comes to shopping, don’t think that New York City is just all about Macy’s. Of course not! There are a lot of bazaars … END_OF_DOCUMENT_TOKEN_TO_BE_REPLACED 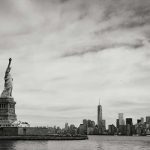 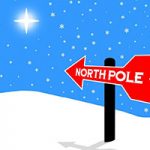 Are you thinking about taking your family on a Christmas vacation? While it’s been traditional to wait at home for Santa to arrive, a number of American families spend Christmas away from home each year. Christmas vacations are becoming more and more popular and you will likely find that there is a wide variety of fun holiday vacations available to you. What better place to visit during the holiday season than the North Pole – North Pole, New York that … END_OF_DOCUMENT_TOKEN_TO_BE_REPLACED 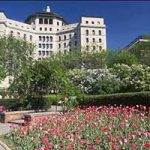 New York City has been called the city that never sleeps.  Fondly known as the Big Apple, it is home to approximately eight million people. New York City is touted as the center of the world maybe because each part of the globe has left an indelible mark in this place. From food to works of art to culture exhibits to tourist spots, whatever you want to experience, New York City most probably has it. Hotels New York City has a variety … END_OF_DOCUMENT_TOKEN_TO_BE_REPLACED

Also popularly known as “The Big Apple”, the city of New York is, without question, one of the largest, most inhabited, and most steeply-priced cities in the United States. New York is very famous for being the capital city of fashion, food, media, culture, art, research, finance, and trade. Among the most sought after attractions in the city include The Statue of Liberty, Empire State Building, Grand Central Terminal, Central Park, Rockefeller Center, Museum of Modern Art, Museum of Natural … END_OF_DOCUMENT_TOKEN_TO_BE_REPLACED