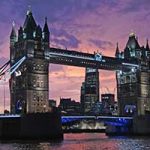 London has seen some turbulent times. It has survived plagues, the Great Fire of London and two world wars. Despite all this, the capital of the United Kingdom still has its fair share of sights for history lovers. The Romans named it ‘Londinium’ and brought the town into the civilized world. It’s hard to imagine the Roman face of London, but there are remains from that bygone age. Near Moorgate stands the remnants of an ancient wall built around the … END_OF_DOCUMENT_TOKEN_TO_BE_REPLACED

London is probably the hottest holiday destinations in the whole of Europe. A large number of elements work with each other to make the city interesting to a extensive range of tourists, the most important factor being the immense collection of top notch tourist attractions found the city of London. London is the biggest urban zone in Europe and it’s the capital city of England. As such it isn’t surprising that there are numerous places to stay with each and … END_OF_DOCUMENT_TOKEN_TO_BE_REPLACED 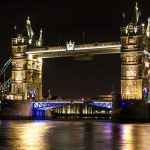 Will you be traveling to London for business or pleasure over the next few months? If you are, an excellent way to get the most out of your trip to this historical city is to use a private chauffeur service. From the very first moment you set foot on British soil a chauffeur company will save you time and trouble. Flying to Gatwick? Chances are that you are, because high numbers of travelers pass through this busy airport. In fact … END_OF_DOCUMENT_TOKEN_TO_BE_REPLACED