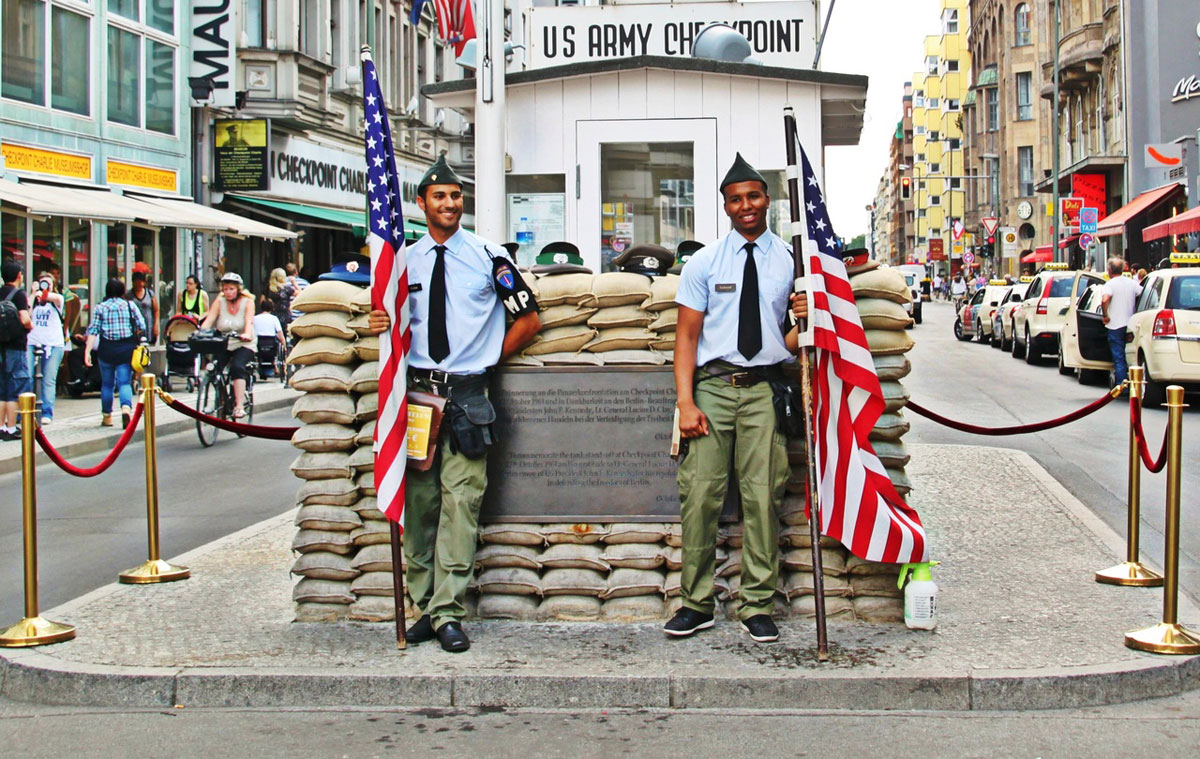 Checkpoint Charlie got its name from the American alphabet as President John F. Kennedy ordered the U.S. forces to build three checkpoints at different points in the wall through which diplomatic corps and allied forces could enter West Berlin. Checkpoint Charlie thus, became the most famous.

Checkpoint Charlie became a symbol of the Cold War, representing the separation of east and west and for some East Germans, a gateway to freedom. For nearly 30 years, this checkpoint represented not only a divided Germany but a world in political turmoil.

Most of us have only seen this area as feature plots in films and now one can go to this location and experience it firsthand. If you’re one of the many people out there that are curious to know that makes this checkpoint so famous then it is recommended to schedule a trip to Berlin to come and find out this marvel for oneself.

Checkpoint Charlie has been frequently featured in spy movies and books, such as those by John le Carré. The famous cafe and viewing point for Allied officials, Armed Forces and visitors alike, Cafe Adler (Cafe Eagle), is situated right on the checkpoint, it was an excellent viewing point to look into East Berlin, while having something to eat and drink.

You might ask what the importance of this location was or what has happened to it today? This checkpoint was the only place at which foreigners visiting Berlin could cross from West to East and back again. This site has been made most famous by stand-offs between east and west, America and the Soviets, most notoriously in 1961 when American and Soviet tanks faced each other at the checkpoint.

Today one can visit where this checkpoint once stood which meant the difference between the feelings of imprisonment and freedom. This site is interesting to visit as one can get a feeling for the type of idealism that controlled and rules East Germany at that time.

Checkpoint Charlie is one of the many sites within Berlin that a newcomer just has to visit in order to try to understand how freedom came to be today in Germany.