The Atlanta Motor Speedway is by far one of the oldest and most popular stops on NASCAR’s Cup circuit.

It has annually hosted NASCAR Cup Series stock car races since its inauguration in 1960.  Crowds of nearly 250,000 fans from all fifty states and several foreign countries are there to witness the events. The records of 250,000 spectators have been considered as consistently the first and second highest attendance levels for single-day sporting events in the state of Georgia. 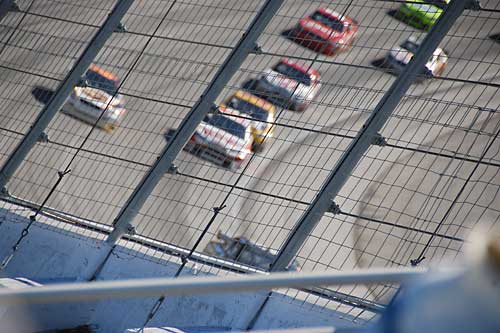 The Atlanta Motor Speedway, then known as Atlanta International Raceway was founded by a group of Atlanta real-estate developers led by Garland Bagley, seeking to take advantage of a super-speedway boom which was started by a successful launching of the Daytona International Speedway of Florida in 1959.

The Atlanta Motor Speedway was built as one and a half mile speedway located twenty five miles south of Atlanta in Hampton. It hosted the first race on July 31, 1960, although plagued with financial difficulties and construction delays from the start. That time, it was recorded that 250,000 crowds braved the mud and unfinished facilities just to see Glenn “Fireball” Roberts win the inaugural event.

Since then, the Atlanta Motor Speedway has hosted at least two NASCAR Cup races yearly. Included in the list are the numerous races in NASCAR’s Busch Series, races sanctioned by the Automobile Racing Club of America, and fourteen races for Formula One cars sanctioned by the United States Auto Club, Championships Auto Racing Teams, and the Indy Racing League. 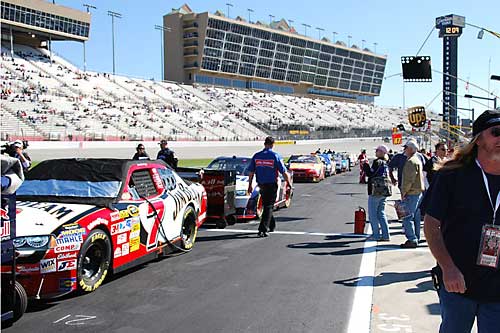 The early existence of Atlanta Motor Speedway was spent struggling with the changing ownership and management of the track. It was, however, in 1990 when the speedway magnate Bruton Smith purchased the track and renamed it to what is known today as Atlanta Motor Speedway. He also transformed this facility into a state-of-the-art auto racing venue. From that time, several developments were done on the speedway and it was noted that Smith’s Speedway Motorsports, Inc. had spent millions of dollars for the expansion. With the expansion, 124,000 seats were made and 141 luxury suites, plus a nine-story Tara Place, which houses offices, banquet facilities, and 46 condominiums were added. The track was further reconfigured in 1997 when the start-finish line was moved to what was the backstretch and two doglegs were added to the new frontstretch to enhance the fan’s view of the racing.

The importance of the Atlanta Motor Speedway as a venue on the NASCAR Cup circuit increased just in 1987 when the track started a fourteen-year run as the site of the final race of the season. It was this event which made the fall Atlanta race particularly appealing in years when the Cup championship came down to the final point. Perhaps the most memorable race in Atlanta Motor Speedway history came in such a year, 1992.

Since the 1997 renovation of the track, the Atlanta Motor Speedway became the fastest and one of the most competitive tracks on the NASCAR Cup circuit. The speedway also became an ultra-modern, multi-purpose venue that has raised the bar of excellence. Today, the amenities in the area include a nine-story office or condominium complex, over 53,000 additional permanent seats, a road course, improved parking, a new ticket office, gift shop, and a four-color electronic message center.