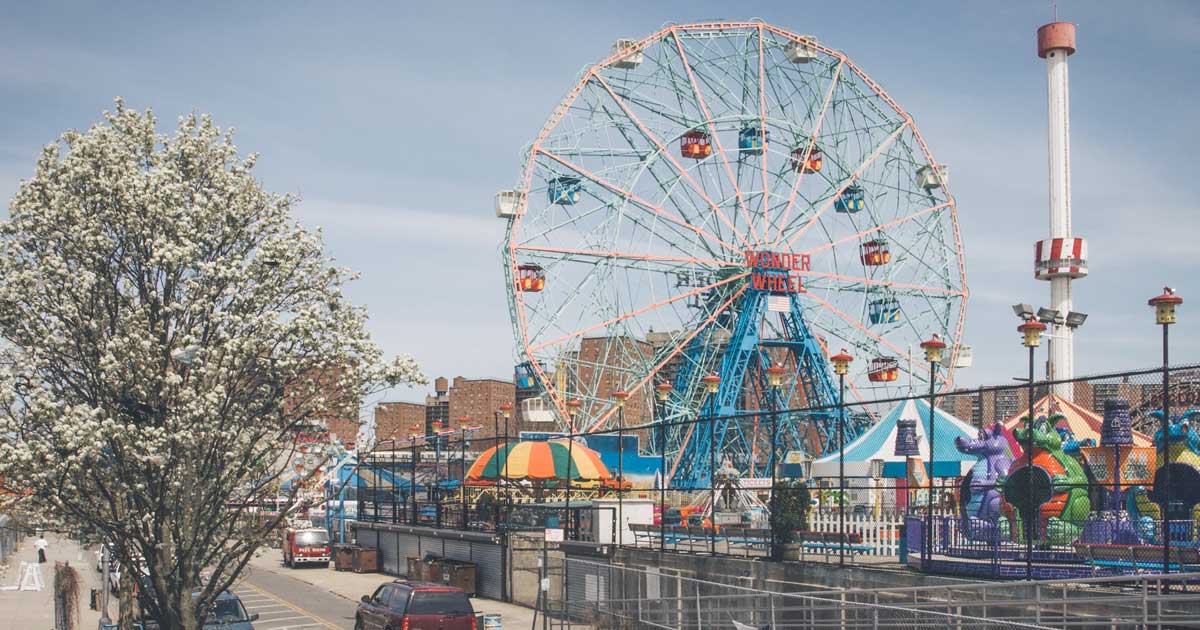 The vast majority of attractions at Coney Island close either immediately or very soon after Labor Day.

The amusement parks of Coney Island are only part of the attraction but they work to bring many people to this very unique entertainment venue each and every year.

Astroland Amusement Park was the largest amusement park in New York City, later renamed Luna Park. The Cyclone is the most famous ride in this particular park and this is a ride that is well known by roller coaster enthusiasts around the world. It is a wooden roller coaster that offers quite a thrilling ride. Other great rides at this park include the Astroflume, The Break Dancer, the Astroland Carousel, The Swings, Top Spin, Dante’s Inferno, Power Surge, and Astro Tower. For the little ones there is a very nice selection of kiddie rides that will keep them entertained while older children enjoy some of the more thrill-oriented rides. If you’re looking for a day of great food and great fun in the sun Luna Park is a great place to be.

Deno’s Wonder Wheel Park is most famous for its Wonder Wheel. The cars on this magnificent ride are red, white, and blue (rather patriotic of them wasn’t it?) with swinging red and blue cards and stationary white cars. The Spook-A-Rama is another popular if not frightening ride that is offered at Deno’s Wonder Wheel Park. If you need a shot of thrills and spills try the Super Shot but only if you’re 52″ or more or the Thunderbolt, which has a 48″ height requirement. And what day at Coney Island wouldn’t be complete without a taste of bumper cars? There are also plenty of rides for the little ones to choose from on their outing as well.

For something a little more sedate than thrills and chills at the amusement parks, Coney Island is also home to the New York Aquarium at Coney Island. This is a great way to learn about marine life and enjoy watching your children watching fascinating sea creatures they would be unlikely to see in other circumstances. There are more than 8,000 animals represented at the New York aquarium. Not only is this a fascinating adventure of its own, you won’t have to sacrifice your hairstyle in order to enjoy it.

New York – What You Need to Know Before You Go

The Coney Island Museum is also well worth taking a peek. You will find relics of old rides and memorabilia of days gone by in the museum as well as incredible views of the rides available today. The admission price is rather affordable at 99 cents and it’s a fun place to visit and get out of the sun for a bit. No trip to Coney Island is really complete without at least stopping into the Museum. Besides, these might be the cleanest restrooms on the island. Coney Island is one of the greatest things about a visit to New York. If you can schedule your trip to New York when the Parks are open and the boardwalk is bustling I highly recommend you spend a weekend night out on the boardwalk.