One thing you may or may not have noticed about Vegas is that shows are more often than not, not made for family viewings. In fact, many of the most popular shows are decidedly not appropriate for children and younger audiences. Vegas has often become synonymous with sin or at the very least sex. While that is something that most definitely draws the box office dollars it is not something that makes watching shows in Vegas easy if you have children. 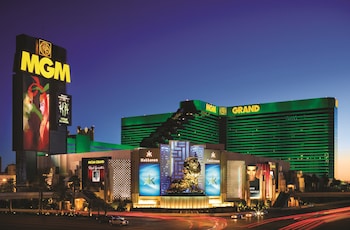 One thing that is certain about children and shows though is that most children not only love magic, they also find it utterly and completely fascinating. David Copperfield is one of the most recognized names when it comes to magic and illusion. Your children will be delighted from the first act through the end of the show. This is one show that you won’t have to worry about sending negative messages to your children nor will you have to worry about being bored for the sake of your children with this show either. His show may ultimately be the start of something magical in your own children, you never know. Check with the MGM Grand for show nights and times as this show plays two weeks every month but those weeks vary.

While these shows are hardly inclusive of every magic act playing in Vegas these acts are very much the ones worth mentioning. If you haven’t seen any of these guys perform you really have no idea what you’ve been missing. David Copperfield is truly the Master but he very well may have some serious competition along the horizon.

Magic is one of those things that the child in all of us never really manages to outgrow. We see it in brief moments when we hold our children for the first time, when we see their eyes light up on Christmas, when we feel the beauty and perfection of one perfect snowflake. Magic is all around us and so easily missed, there is nothing quite like visiting one of these shows to remind us not only of the magic we’re missing each and every day as well as the wonder that we left behind somewhere in our own childhoods.